Home > Projects and Services > The Environment

The Association is committed to the dual principles of environmental sustainability and protecting and enhancing biodiversity.

To this end, the association has promoted a number of renewable-energy initiatives, including a community-owned wind turbine and photo-voltaic solar-panels and has, in partnership with the Woodland Trust, secured the community ownership of Drumnaph Nature Reserve, a 210 Acre a remnant of a richly diverse natural ecosystem, a microcosm of Ireland’s ancient landscape.

Rural communities have been criticised for being “unsustainable” based on the over-dependence on the use of cars and the level of emissions in the agriculture sector. However, rural areas do hold much potential for contributing significantly to building a sustainable future. Many opportunities exist in rural communities to deliver sustainability, e.g. tree planting to store carbon, opportunities for wind energy, hydro-electricity biomass production, geothermal energy production, and through opportunities to encourage more domestic tourism to reduce foreign air travel. This potential needs to be realised and rural communities can positively contribute towards global sustainability by maximising these opportunities.

The development of a sustainable model is very important to securing the future of rural areas and Carntogher is committed to delivering an environmentally sustainable for the local area. The association is already below net zero as an organisation as a result of its renewable energy initiatives (wind and solar) and carbon storage and it is planning a range of other initiatives to further improve the sustainability of its buildings and of the wider community with the ultimate aim of our area becoming a net zero community before the international targets of 2035. This will be done by encouraging energy-conservation initiatives in the local area including tree planting, the use of renewable technologies, holidaying at home and generally educating the wider community about sustainability. 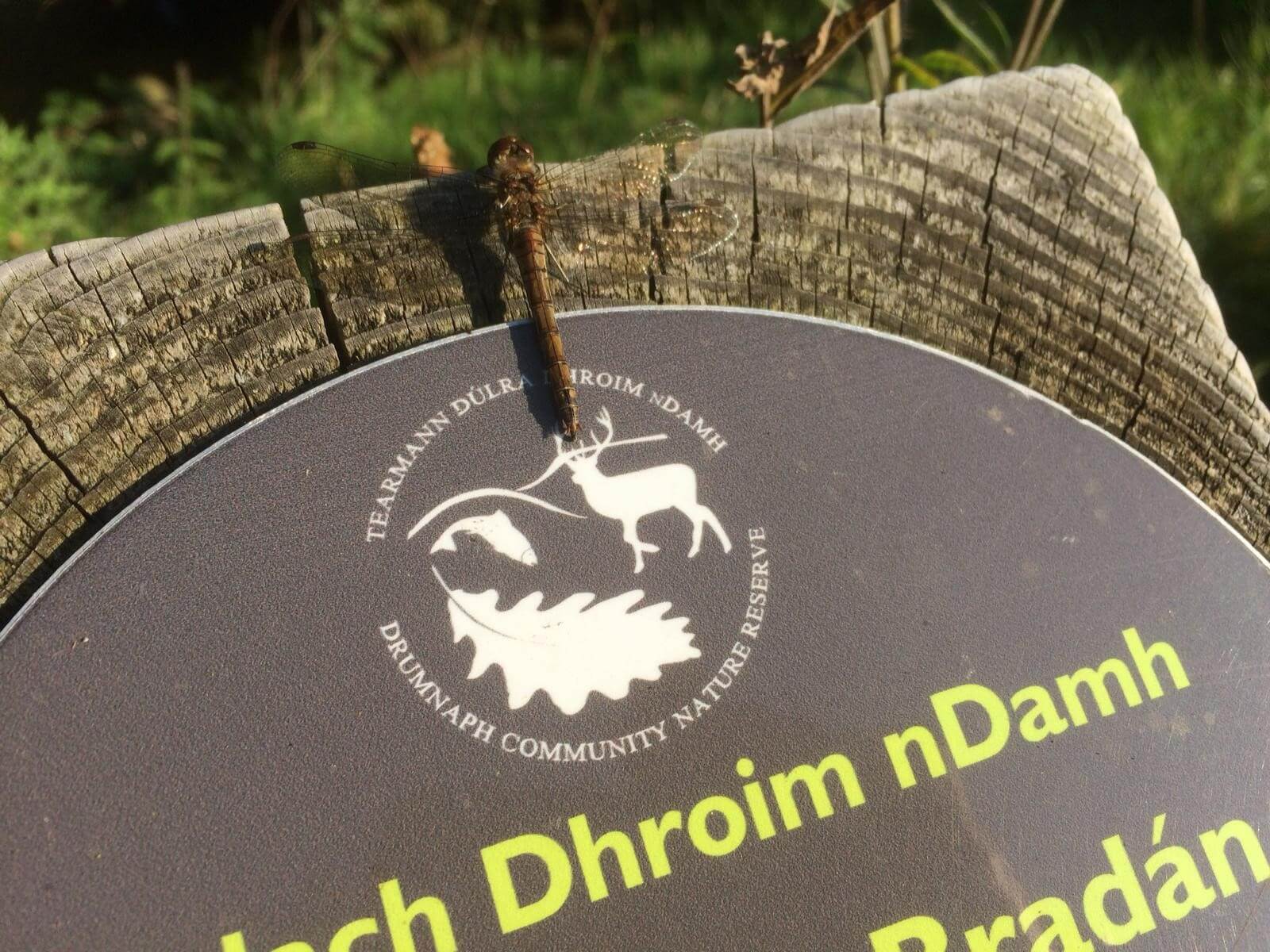 Protection and enhancing our biodiversity

The Association is committed to nature conservation and enhancing the areas rich biodiversity both directly and by encouraging others to do likewise.

The jewel in the crown of our nature conservation activities is the Drumnaph Nature Reserve, a remnant of the ancient forest of Glenconkeyne and Killetra that once covered about 80 square miles between Lough Neagh and the Sperrin Mountains. This area was not a large homogeneous block of forest, but a rich tapestry of woodland, bogland, rivers and forest clearings used for grazing as well as rath settlements (three of which are located in the reserve). Whilst many of the vast forests of Ireland were lost in the early middle ages, this ancient forest survived into the seventeenth century thanks to some of the earliest known environmental protection legislation in Europe, the Brehon Laws. The laws helped to protect this landscape for almost 1,500 years until it was exhaustively exploited during the seventeenth and eighteenth centuries. We are very fortunate to have a microcosm of this once dominant ecosystem that has miraculously survived until the present day.

The richness of this heritage lies in the rich diversity of habitats: ancient woodland, seminatural woodland, hedgerow habitats, bogland, fenland, ancient grazing land and over a mile of an important salmon-spawning river containing fresh-water mussels. These habitats all survive in isolation in the wider landscape, but very few if any areas exist where these habitats are so closely inter-related and inter-linked. This allows our reserve to support a much more complex and interrelated ecosystem than exists in today’s wider landscape. In this sense the reserve effectively acts a repository of this complex interconnected ecosystem that could help reinstate and strengthen biodiversity in other valuable ecological ‘island’ sites in Mid Ulster.

This diverse ecosystem is being maintained in the same way that it has evolved, through low-intensity seasonal conservation grazing of the various parts of the reserve. The reserve contains a conservation farm maintains the delicate balance in the reserve and also surplus meat is used in our community café, An Croí.

There is a rich folkloric and historical record associated with Drumnaph Nature Reserve and Glenconkyne, both of which survive in the oral tradition and written records. Drumnaph, from Droim nDamh meaning “ridge of the stag”, is the setting for an important mythological tale, of the same corpus as the Giant’s Causeway story, which forms a valued local connection to a body of ancient European folklore heritage, the Fianna stories. These tales contribute an enlightening and intriguing dimension to the local heritage. Through our community events and activities we celebrate these stories and bring them to life for all generations to enjoy.

Historically, the reserve was traversed with a network of pathways and local people have used it over the centuries to get to school, to reach the local town and to visit neighbouring townlands. The reserve holds a very special place in local oral tradition and heritage. In more recent folklore there is an itinerant scholar, handyman and labourer called McCartney who was known to live under one of the large oak trees in the woods that is still known as McCartney’s Oak. Our ancient folklore, Brehon law scripts, recorded historical events and oral tradition provide a rich narrative of Drumnaph and these help to animate and communicate the important heritage themes of this project.

The association is actively working to strengthen the ecosystems in the reserve and to encourage local landowners to get involved in enhancing the biodiversity in the surrounding areas by promoting conservation knowledge and information about the range of incentives that are available to landowners to promote biodiversity on their lands.

Further information on our environmental work can be obtained by contacting info@ancarn.org. 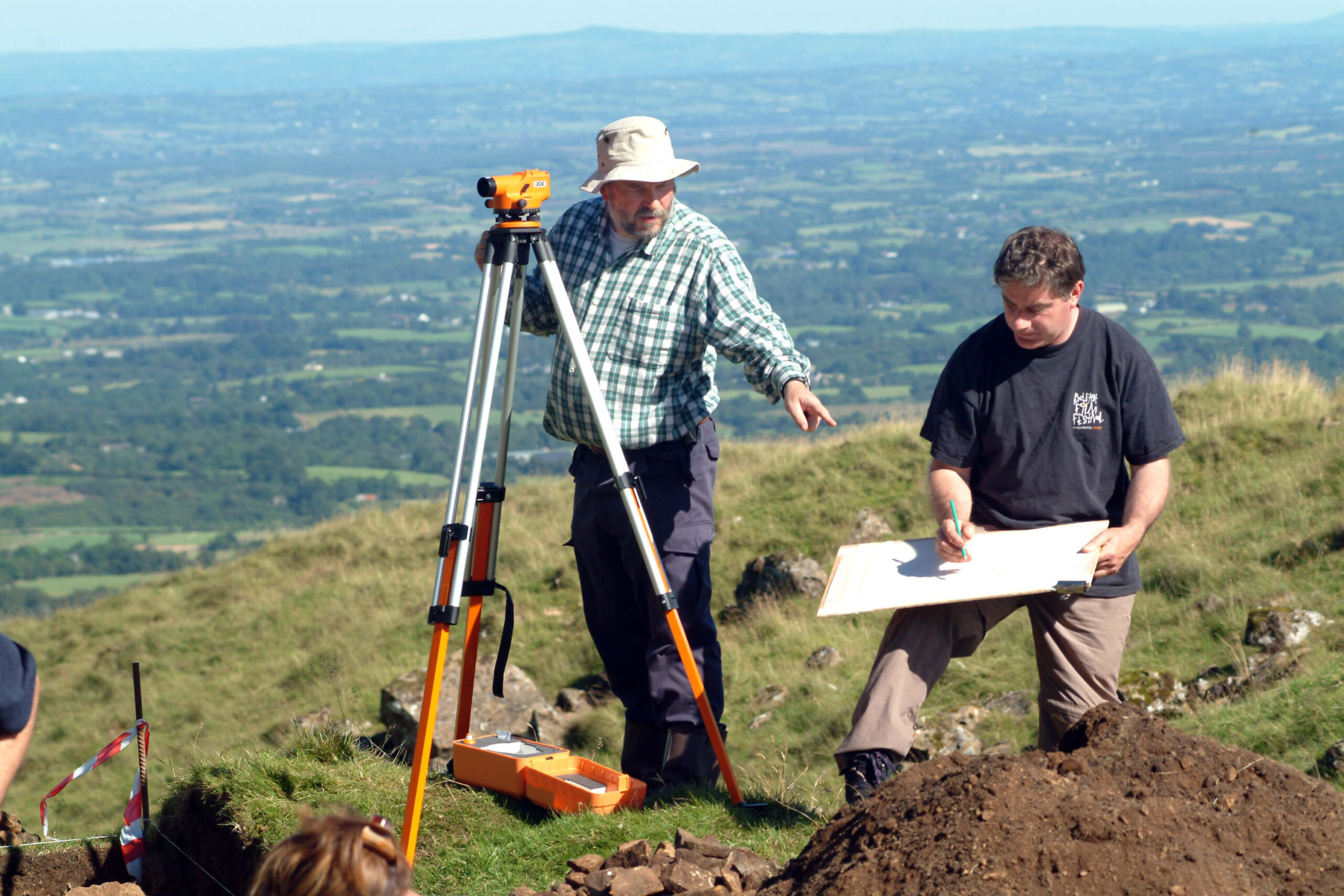