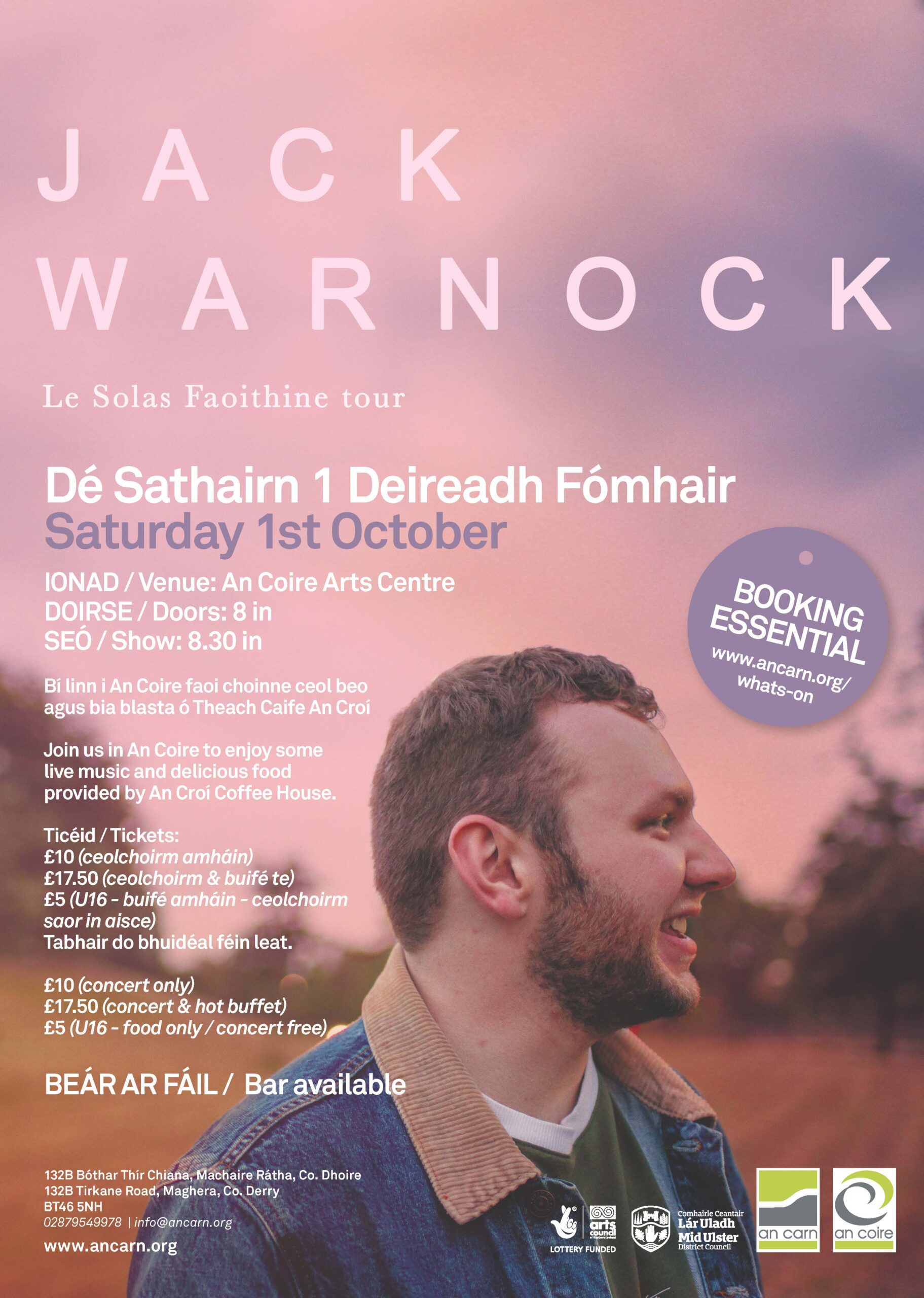 Jack Warnock is a multi-instrumentalist and singer from Maghera, Co. Derry.

Throughout his career Jack has performed as a soloist, accompanist, and in groups such as TRODA, Cóiriú and The Doc Flock. He has performed at events, festivals, and venues across the world.

In recent years Jack has been nominated for the prestigious BBC Young Folk Award, won the Senior Accompaniment Competition at Fleadh Cheoil na hÉireann, and received the ‘Young Musician’s Platform’ award from ACNI and BBC NI.

Absorbing music from an early age and playing piano from the age of seven, Jack’s love of trad would really blossom when he picked up the guitar in his teens. He quickly fell in love with the tunes and songs that seemed to surround him, and that was that – his calling was clear. His guitar style has been guided and influenced by many greats, including John Doyle, Tim Edey, Ed Boyd, Tony McManus and Seamie O’Dowd, to name but a few.

An avid Gaeilgeoir, Jack performs songs in both Irish and English. His compositions and selections are steeped in storytelling, as he embraces the lineage of folk music in its truest form.

After (what seemed like) endless days spent staring at a screen, Jack would religiously take a walk to watch the light fade in Mid-Ulster. Inspired by his surroundings, dusk would be the start of a new working day as he delved into creative work late into the night. From here Le Solas Faoithine grew.

Unsurprisingly, the album is a masterwork of thought, consideration, and beautiful curation. Recorded and produced by himself and Dónal O’Connor, Le Solas Faoithine features contributions from Toby Shaer, Archie Churchill-Moss, and Conor Mallon, and can comfortably sit alongside any traditional Irish debut release of recent times. A masterclass.

Le Solas Faoithine is due for release in Autumn 2022.

Join us in An Coire to enjoy some live music and delicious food provided by An Croí Coffee House.

An Coire
An Coire, 132A Tirkane Road, Maghera